In Canada, floods are recognized as the most common, largely distributed, natural hazard to life, property, the economy, community/industry water systems, and the environment. The 1996 Saguenay flood was Canada’s first natural disaster with damages in excess of one billion dollars. In 1997, the Red River watershed was hit by “the flood of the century”, the worst flooding event in Manitoba since 1852. In 2011, the province of Manitoba was again subject to very extensive flooding with costs estimated to be about $1.2 billion. In June 2013, the unprecedented floods of the Bow and Elbow Rivers in southern Alberta became Alberta’s worst ever natural disaster with estimated costs of $6 billion.

A key point is that all these flooding events are related to river floods – which can be better forecasted than other flood events (e.g., urban flash floods).

While floods cannot be eliminated, mitigation measures can be put in place to reduce their impact on people and society. Effective mitigation requires a solid understanding of the frequency of floods for the design of flood protection infrastructure as well as the ability to forecast flood events with high accuracy and sufficient lead time to implement temporary protection such as evacuations and sandbag dikes.

In the aftermath of previous catastrophic flood events in Canada, recommendations for enhancing flood forecasting and early warning systems (FFEWS) have been made but without concerted follow-up actions. For example, a report released in April 2013 concluded that a major issue during the 2011 flood on the Assiniboine River in Manitoba, which caused damages of $1.2B, was that the “flood forecasting model was unable to provide accurate and reliable forecasts” Manitoba Flood Review Task Force, 2013.

Effective flood forecasts represent the primary information needed for successful flood mitigation, including protecting source water, community/industry water systems, and aquatic ecosystems services, which provide benefits for the well-being and economic prosperity of Canada. At present, there is not a unified approach to flood forecasting in Canada, with each provincial Hydrologic Forecasting Centre (HFC) following its own procedures. While the procedures used by each HFC are tailored to the unique characteristics of the local hydrologic regime, there is a need for the implementation of a more advanced forecasting system, such as is in place in several other countries, to ensure that forecasts of flood events are as accurate and timely as possible.

FloodNet is a multi-disciplinary research network, with active end-user involvement. The collaboration between academic experts, government scientists, and end-users (e.g., operational flood forecasters) is a key strength of FloodNet and will ensure that the new knowledge and technology developed will meet the user needs. FloodNet will allow the coordination and optimization of resources and expertise to address the important issue of river floods in Canada. The benefits of enhanced flood forecasts and management are tremendous and include the reduced cost of damages, the protection of people and livestock, the reduction of socio-economic impacts and human distress, and the protection of community water systems and the environment. In addition, students and post-doctoral fellows trained as part of the FloodNet research program will be uniquely and highly qualified to work in an area that is in high demand in Canada.

Funded by the Natural Sciences and Engineering Research Council (NSERC), with contributions from our partners in government agencies, industry and Canadian universities FloodNet provides one of the most advanced organizations in the world, in terms of human and technical capital, to deal with issues related to floods and will place Canada at the forefront of flood management. The knowledge and tools developed by the NSERC Canadian FloodNet will be disseminated on the world stage through our partnership with the United Nations University Institute of Water, Environment and Health (UNU-INWEH). 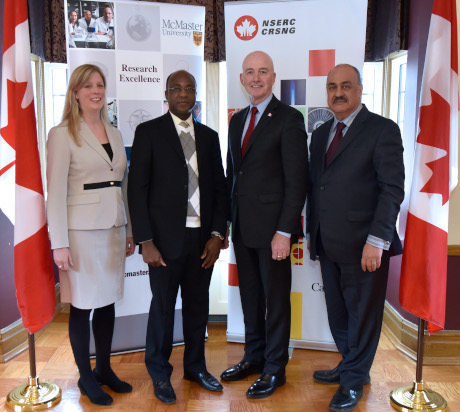 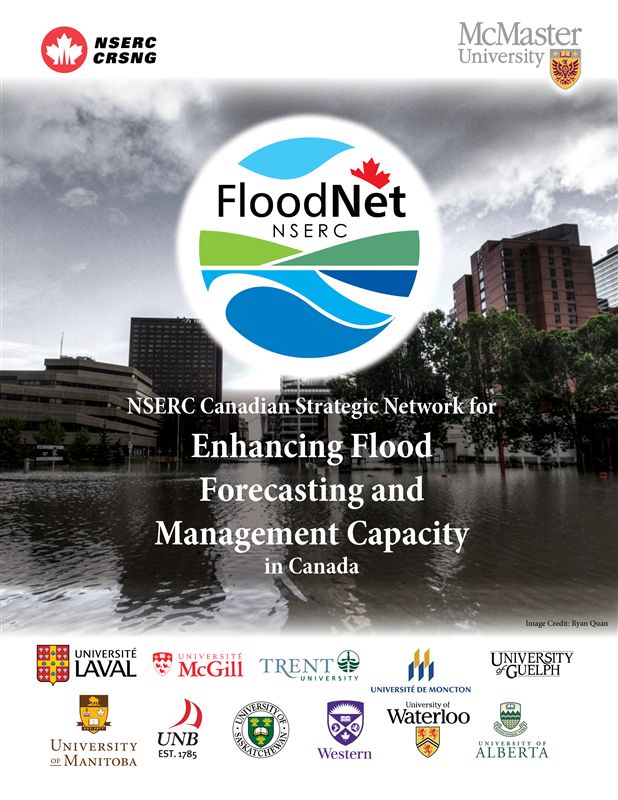