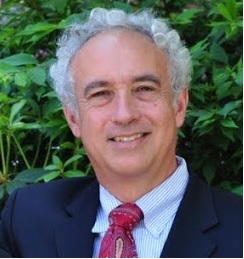 Dr. Pedro Restrepo is a native of Colombia and earned his undergraduate degree from the National University of Colombia in Medellín in 1974. As a Fulbright scholar, he pursued graduate studies at MIT, where he earned his Master’s and Ph.D. degrees in hydrology and water resources systems, in 1979 and 1982, respectively. Dr. Restrepo’s professional career covers national and international experience in the private sector, academia and now in Government, where he has served as the Senior Scientist in the Hydrology Laboratory of NOAA’s National Weather Service Office of Hydrologic Development until October, 2012, and, since then, as Hydrologist in Charge at the National Weather Service North Central River Forecast Center (NCRFC).

Before joining NOAA in 2003, he worked in consulting engineering developing and applying advanced hydrology and water resources techniques on projects in North, Central and South America, Europe and Asia, for a number of customers, including the World Bank, Inter American Development Bank, Government Agencies and the private sector. In addition to his experience in consulting engineering, he spent four years as a research faculty in hydrology and water resources at the University of Colorado, Boulder, and taught short summer courses on Advanced Water Resources Applications at IHE in Delft, Netherlands.

In his capacity as Senior Scientist, he was in charge of providing overall science direction and advising the Hydrology Lab Chief and the Office of Hydrologic Development Director on science issues, including defining the Hydrology Program Strategic Science Plan; he has lead a number of internal and collaborative projects, including the Community Hydrologic Prediction System Acceleration Team, the joint NOAA/USGS debris flow project, and OHD’s international collaboration projects. At the NCRFC, he is ultimately responsible for the flow forecasts for the Upper Mississippi River with the exception of the Ohio and Missouri Rivers, the US tributaries to lakes Superior, Michigan and Huron, and the US tributaries to the Hudson Bay drainage.