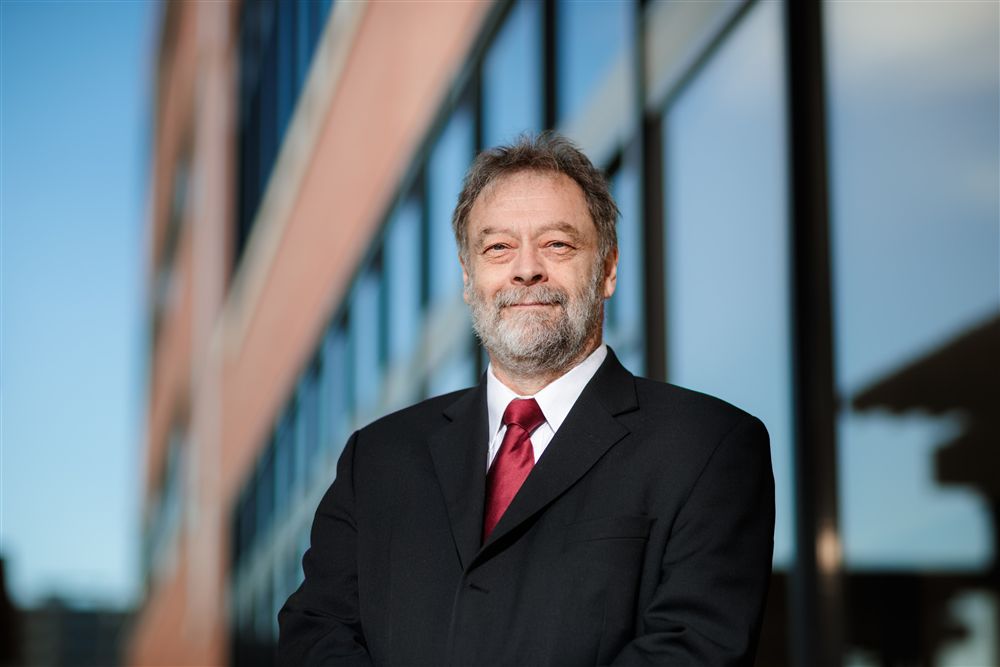 As Vice-President, Research at McMaster University, Dr. Robert L. Baker will be responsible for supporting, promoting and advancing research at McMaster, as well as fostering the relationship between research and teaching. He’ll oversee a research enterprise consistently ranked among Canada’s best, with a research intensity level nearly double the national average.  Dr. Baker received his PhD in 1981 from the University of Alberta. He was appointed as Assistant Professor in the Department of Zoology at the University of Toronto in 1982 and promoted to Full Professor in 1996. In 2013 he joined McMaster, becoming Dean of Science and a member of the Department of Biology. His research explores the evolution and ecological significance of antipredator and anti-parasite behaviour of aquatic insects and amphibians. He also considers the effects of pollutants such as road salt and herbicides on the development, behaviour, population dynamics and community structure of freshwater insects and amphibians.

Before appointed to Vice-President, Research, Dr. Baker served as Dean, Faculty of Science at McMaster University since July 2013.   As the Dean, Dr. Baker led the Faculty of Science by offering high quality and innovative undergraduate programs featuring experiential education; excellent graduate education; and increased opportunities to achieve research excellence for all faculty and students.  Prior to that time, Dr. Baker held several progressive senior administrative positions at the University of Toronto. He served as inaugural Chair of the Department of Biology and Associate Dean of Sciences at University of Toronto Mississauga. Later, as Chair of the Department of Zoology in the Faculty of Arts & Sciences, he was one of the leaders in the reorganization of the biological sciences at the University. He served as Chair of the new Department of Ecology and Evolutionary Biology (EEB) and worked tirelessly to give EEB the foundation that it needed to excel in teaching and research. Dr. Baker continued as Vice-Dean, Graduate Education and Research, Faculty of Arts & Sciences from 2009-2012. He oversaw a major graduate expansion and an increase in the Faculty’s competitiveness in securing external research support. His position evolved into Vice-Dean, Research and Infrastructure in 2012, wherein he initiated a comprehensive assessment of the Faculty of Arts & Science’s infrastructure needs for research and teaching.